The Service Award recognises the dedication and service of individuals who have demonstrated great commitment to the overall goals of BABAO and contributions made to archaeologists, scientists, researchers, students and community.

BABAO has established two awards for members (the other being the Mentorship Award, to be given for the first time in 2019). Requests for nominations are in alternate years, with the award being presented at the BABAO Annual Conference. The BABAO Trustees will consider applications, but if any Trustee member is nominated that Trustee will no review the nominations for that round.

At the 2018 Annual Meeting in Cranfield, BABAO's first Service Award was awarded to Prof Megan Brickley.

I write to nominate Professor Megan Brickley for the above award as an individual highly deserving of this accolade both for service to the association directly and to the wider discipline of biological anthropology over an extended period. Megan took up her first academic post at the University of Birmingham in 1997 shortly after completing her doctorate in Age Related Bone Loss at the Institute of Archaeology (UCL). At this time there was no British association specifically concerned with the study of Biological Anthropology, with only limited recognition for the subject granted by more generalised organizations such as the IFA. Megan applied herself with a great deal of energy and creativity in organising and promoting the subject within her new institution, whilst also bringing this degree of enthusiasm to bear on wider perspectives, as Megan was instrumental in helping to create and promote a new UK association for students, academics and practitioners dedicated principally to the study of human skeletal remains. Following a Human Osteology conference held at Bournemouth in 1998, where agreement was reached to form the organization now known as BABAO, which was then created in January 1999, the association truly came into being when the first BABAO conference was held in September of that year. The initial BABAO conference, hosted at the University of Birmingham and organised extensively by Megan, was a resounding success in bringing together a broad range of key figures within the field both from the UK and internationally. This first meeting was also instrumental in setting the tone both for future conferences and for the character of the association in general by drawing together presentations representing a significant variety of issues and interests in biological anthropology, including cemetery excavation and sampling strategies, forensic casework, ethics and repatriation, palaeopathology, skeletal development and human evolution. The overall format of the annual BABAO meeting has remained unchanged since, and the conference has of course seen continued and growing success over the following two decades. 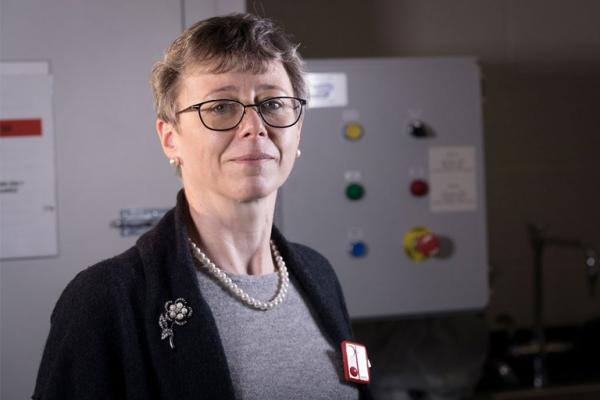 Megan continued to serve the fledging organization, stepping up as the association’s first Chairperson (now retitled as BABAO President) for the next four years. In addition to providing a forum for the exchange of knowledge and ideas, BABAO has also been an important force in the UK for setting standards and encouraging best practice in the discipline. A particularly important contribution was made by Megan when she co-edited the BABAO/IFA Guidelines to the Standards for Recording Human Remains (2004). This impressive feat established a key document that has been instrumental in moving towards standardised recording using recognised methods, tailored to the subject as practised in the UK. The appearance of this work within a surprisingly short time can be largely credited to Megan who corralled the contributing authors together in a hotel in order to make sure the finished document came into being. More recently Megan co-authored the updated version of the Guidelines ensuring their continued relevance as a key resource for the UK and beyond in the future.

In 2006 Megan once again hosted the BABAO annual conference at Birmingham, with this event taking on a (literal) new flavour in being held at the former home of Birmingham University’s benefactors, the Cadbury Family, with the coffee break kindly sponsored by Cadburys. Once again this meeting drew presenters from a wide range of countries, with the annual BABAO meeting now taking on a wider importance as a key European forum for presenting research in the subject. The 2006 meeting was also memorable for establishing the now traditional BABAO Conference Quiz. Following this Megan co-edited the Conference Proceedings (then published as BAR volumes) which now provided an important forum for publication of material presented at the meetings and functioned to disseminate the overall character of the association more widely.

Since its initial success during the early years following its formation, BABAO has been instrumental in establishing the UK as an acknowledged centre of excellence in Biological Anthropology. The foundations on which this success was built can be credited to the persistence, enthusiasm and sheer hard work of a small number of people, amongst whom the importance of Megan’s contributions are hard to overestimate. 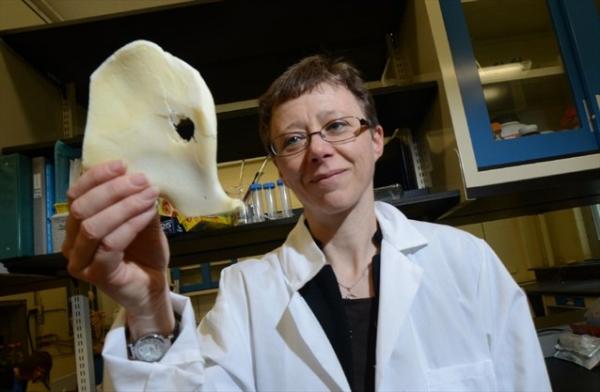 Since the 1990s Professor Brickley has also made a broad range of contributions to the field of Biological Anthropology more generally. Megan is known for leading research in several key areas with a strong record of influential publications. Her work on the now reburied cemetery population from St. Martin’s Church in Birmingham set a high standard for the analysis and publication of large cemetery populations with equal consideration to a range of pathological, historical and archaeological issues. Amongst other subjects Megan’s work on metabolic bone diseases continues to produce ground-breaking world class publications, following the publication of the only dedicated book on the subject with Rachael Ives, with further high impact articles in the American Journal of Physical Anthropology. Megan’s work has also extended as far back in time as the Neolithic, whilst also covering very recent events in her edited volume Forensic Anthropology: Case Studies from Europe. This latter stemmed from Megan’s personal interest in forensic casework where she made important contributions during her time at Birmingham, both to individual victims and their families and also to the wider field, as well as travelling to the former Yugoslavia to assist with the identification of victims of human rights abuses.

In addition to promoting the subject within the UK, Megan has also provided leadership in the subject internationally, having been a key figure on the managing committee of the Palaeopathology Association for over a decade and assisting with the organization of the latter’s international meetings both in North America and Europe. Megan continues to serve on the advisory board of the International Journal of Palaeopathology, having chaired various sessions at the annual meetings of the American Association of Physical Anthropologists and the Palaeopathology Association. Megan’s work has also served to raise the profile of the discipline in attracting funding from a range of key grant providers towards work in Biological Anthropology including the AHRC, NERC, the Leverhulme Trust and most recently the SSHRC with an Insight Grant funding collaborative work on health in the Western Roman Empire.

In 2009 Megan relocated to Canada to take up a new post as the Canada Research Chair in the Bioarchaeology of Human Disease at McMaster University, Ontario where she has continued to teach, conduct research and supervise an impressive array of doctoral projects. A key measure of any academic is of course the quality of the students they produce. Megan’s past PhD students have gone on to successes of their own, either as academics (Martin Smith), curatorial staff at prestigious museum institutions (Rebecca Redfern –Museum of London, Rachael Ives –Natural History Museum) or contributors to the treatment of disease in the ‘real world’ (Helena Berry -NHS Trust researcher). Most recently Megan continues to supervise a new generation of Canadian doctoral researchers, along with MSc students with strong potential to populate the discipline in the future.

In summary I can think of no better individual to nominate as the first recipient of the BABAO service award and have no hesitation in commending Megan as having made a truly exceptional contribution both to BABAO and to the wider fields of Biological Anthropology and Osteoarchaeology.